Swiss I can see—French takes a little more thinking, but yes, there are French buildings I can think of that back up the architects. Of course…the architects said so. Thus we probably ought to agree with them! 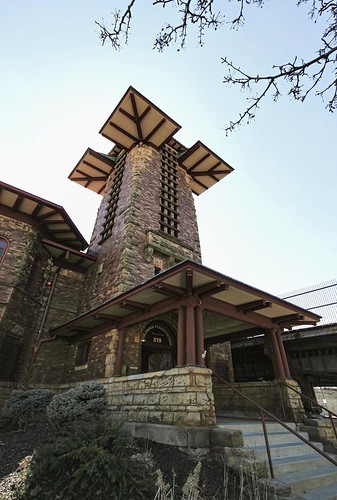 The beautiful building left Paul Randolph (Rudolph? Two sources say the former, but it seems the latter is possible, though why a lover and designer of Brutalism should like a building such as this I’m not sure), Dean of Yale’s School of Architecture,  admiring its design and saying it was “the most fascinating thing I’ve ever seen.”

Just a year after opening, President-elect William McKinley stepped aboard a train at the T&OC that would take him to Washington for his inauguration—an impressive start for an Ohio rail station! In 1910, Columbus’ growing automobile traffic necessitated the elevation of the tracks and lowering of Broad Street so cars would no longer need to stop for the frequent trains; just three years later, a flood that killed 732 Ohioans and Indianans crept five feet into the building (a place now marked with a placard, though I did not go inside). 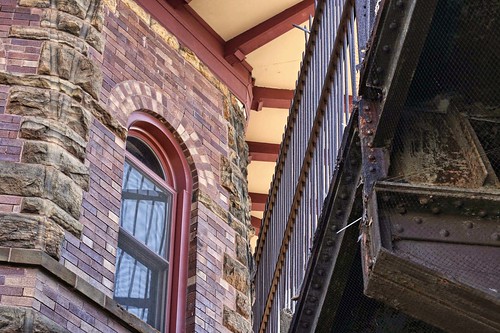 Not much later, World War I recruits from Ohio left from this station, with God’s protection returning years later as veterans.  By 1930, though, increasing rail traffic and the purchase of the T&OC by New York Central Rail resulted in the main terminal’s moving to Union Station (a truly grand old beauty with multiple arcades since destroyed—of course).

Happily, the T&OC was saved, because thanks to the city’s eminent-domain-enabled grabby hands, the Volunteers of America were kicked out of their headquarters to make room for office buildings, and bought the station from the city (imagine those negotiations). After decades of VOA owning the building, the Columbus Firefighters’ Union stepped in, and to the best of my knowledge still occupy the T&OC. The city owns the building once again, but is “dedicated” to its preservation. 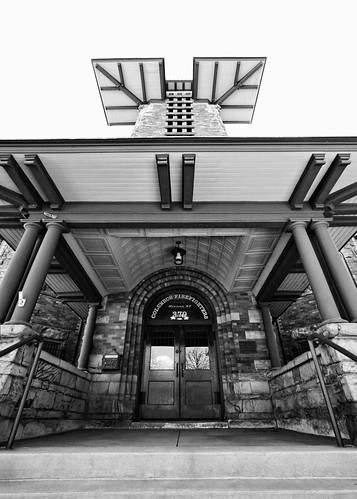 The Toledo & Ohio Rail station in Columbus was placed on the National Register of Historic Places in 1978, just three years after a fire destroyed much of the building’s reportedly lovely interior; no doubt the T&OC and its fans have local architect Charles Nitschke and his funders, the VOA, to thank for that! The trio of clock faces once decorating the beautiful front pagoda are now gone, but the impressive marble marker remains, and altogether I’d say the renovation was very nicely done. The new wing was added in 2007, and seems to be decently in keeping with the original architecture. 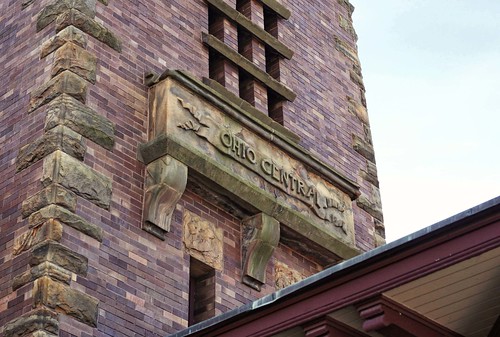 Now, I’ll be honest and say that I was photographing the building at the absolute worst time of day for doing so, but this was when my husband was working 100-ish hours a week, including weekends, and as he’s not fond of my heading downtown to shoot alone, he insisted I wait to go with him. A gal takes the light she can get, right? During the morning, the best side to shoot is the side mostly obscured by the elevated rail (i.e. not the side you really want to be photographing), so if you, too, would like to photograph the building, do keep that in mind.  You’re going to be better off after 3-4PM or so is my wager—there aren’t any tall buildings immediately across from it, so you’ll have plenty of time to play in the pre-evening and early evening hours. 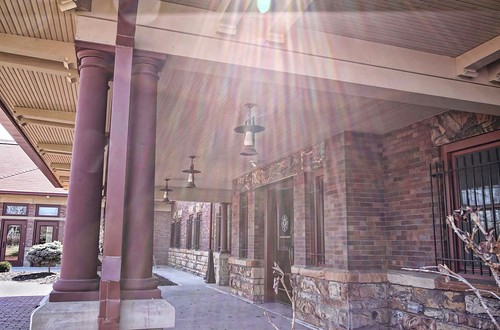 Eventually I’d like to go back and shoot the T&OC in the evening, when the sun crosses and warms up its face and city-facing side, but on this day I did my best to tuck the sun behind the building, playing with exposures and watching my histograms carefully, and frankly just dealing with insurmountable troubles at the computer later on. I ought to have used a lower ISO, but shooting into the sun is not really my strong point and something I need to work on!

And a fair warning: I’m quite behind on a pro bono project, editing and burning originals to disc and making delectable, bad-for-us foods and so forth, and will not, barring something incredible happening, be blogging much, if at all, next week. Enjoy your beautiful summer days, and I shall see you soon! 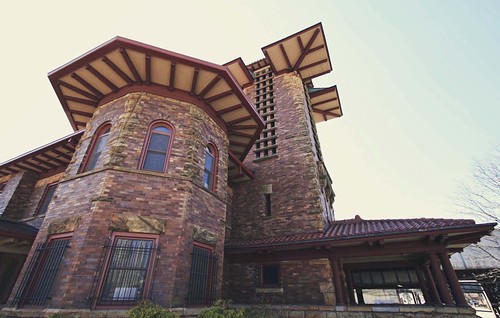 By the way, these photos are not in the shop yet, but if you’d like one, please don’t be shy about inquiring!

A peek inside the station via William Eric McFadden

The Toledo & Ohio Central Railroad Station at the Historical Markers Database (I do love that there’s such a thing, don’t you?)

Post full of photos of the station, including beneath the el, from Places To Go, Buildings To See

Brief overview of Columbus rail traffic through about 1955 and another, more detailed overview at Ohio History Central

One thought on “Columbus’ T&OC, the Toledo and Ohio Central Railroad Station”