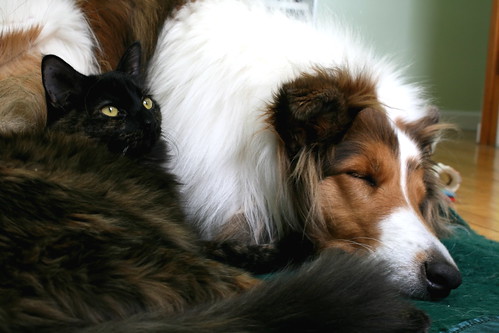 All snuggled in for a recuperating nap!

(This post was originally scheduled for Friday, but I waited to put the images in…and then my browser imploded, and it took me two days to figure out what was going on. So here you go, albeit a few days later than intended! It is also apparently National Cat Day, hence the cat stuff.)

The other night, a girlfriend and I were discussing how different our lives are than those of our ancestors at the turn of the last century—from the 19th to the 20th. As big-time history nerds, this is a topic both of us have pondered quite a bit, especially since the advent of smartphones; as my husband has pointed out, it is pretty incredible to think that we wander around with the sum of human knowledge in our purses or pockets. 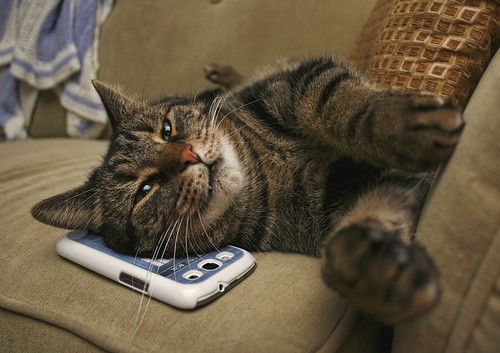 “That sum of human knowledge stuff will have to wait until my nap is over, human.”

My friend was not so sure of this, but I was (of course!) happy to clarify—we have the capability of delving into the sum of all human knowledge via our phones. It is simply that not many choose to do so. There are a lot of distractions that quite easily pull us away from study and seeking after knowledge. There’s not an entire category of websites known as “time wasters” for nothing!

Today I’ll share a few of the sites I’ve been squandering time on instead of using that time to study with you.

Why? Because after spending ten-ish hours driving to see my doctor and back (last) Tuesday, I did indeed spend some of my recuperation time (for some that’s no big deal, but I tire pretty easily) simply meandering around online. And while my health tends to steer me away from anything I consider a waste of my time (read: anything not having to do with caring for the home or working on my photography—me? Type A? What?), preferring instead to absorb as much as I can (who says the tabula rasa does not exist in adults?)…hey. I’m human. 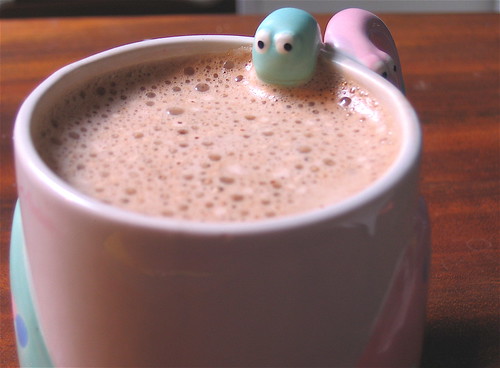 I do. That my doctor insists I consume no more than two, preferably only one, cups of the stuff a day makes it even more lovable to yours truly. The site is mostly fun, with infographics and other coffee joy, so you may improve your chances at winning various coffee trivia games. It’s a new find to me, but…Coffee. This is a site I’ve been wandering about for a few weeks now, having stumbled across it due to my affection for the work of William-Adolphe Bouguereau, and have yet to plumb its depths. Really, it is not a time-waster at all. It’s actually educational and, really, not a time-waster at all; not only is there beautiful art to see, there are plenty of articles about art and the group’s philosophy (they insist photography is not art—believe it or not, that does not upset me, especially having stood before some truly tremendous paintings over the years), exhibition information, and more.  There is really a ridiculous amount to see at ARC—here’s their site map, and if it is a quick hit of pleasure you desire, check out the recent additions page. Enjoy. I will see you in a few months.

It’s art (more art). Online. A LOT of it, often including most, if not all, of the works of various artists. This is another wonderful, dangerously so, site, with a broad selection of works, including occasional biographies of the artist in question. But mostly, pure eye candy (or not, because I’m among the many who don’t like everything there is to see). Honestly, I’ve found myself spending full hours simply browsing and absorbing!

Mid-century wonderfulness galore, mostly via vintage ads. Right now, of course, it’s wall-to-wall Halloween fun. Warning: Huge time waster if you’re too tired to read or sew but not really ready for bed. At least…that is what I hear. Ahem. 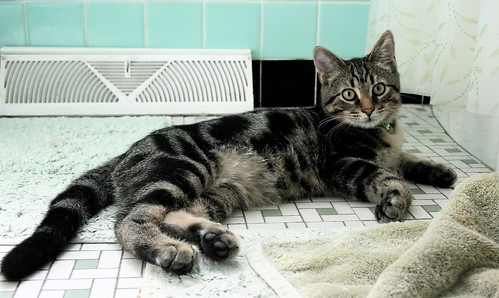 A very young Buckley in the totally MCM-fabulous bathroom of our old home. *sniff…* Oh, no—that’s not lens distortion affecting his paws. They were HUGE.

Of course. Especially since it is Halloween week and there are all kinds of fun old horror movies to see! Unfortunately they screened Nosferatu at six o’clock yesterday morning (trying to scare you out of  your coffee?), but I did manage to catch 1958’s Horror of Dracula, starring Christopher Lee and Peter Cushing. I must say it was excellent—right up there with Bela Lugosi’s 1931 Dracula and Nosferatu. Well…maybe a step below. But not very far below. Of course, I’ve been a fan of Stoker’s Van Helsing character since reading that terrific novel, and he is the other main character in the film, but it really was a fine old horror flick! What old horror movies do you love watching this time of year?

As a horse racing fan…well, the site draws me this time of year like a child to a sweet little old lady standing on a front porch with a barrelful of candy to give away Halloween night. Many of the horses I was looking forward to seeing run in the Super Bowl of horse racing—Wise Dan and American Pharoah (that’s how it’s spelled), especially—have been pulled from races due to health concerns, it’s still really exciting. It’s two days of racing, and oh happy day, our town’s trick-or-treating is the 30th. Whew! California Chrome will be running in the Classic, versus Shared Belief. I’ll be honest: As a big Chrome fan who was quite confident in his Belmont run (he finished very well despite being a) exhausted and b) having half of his quarter sliced off by the why-is-that-horse-in-the-Belmont Matterhorn at the start of the race)—I’m a little torn, because they’re both really good horses. Should be exciting. And I’m really excited. Have I used that word yet? 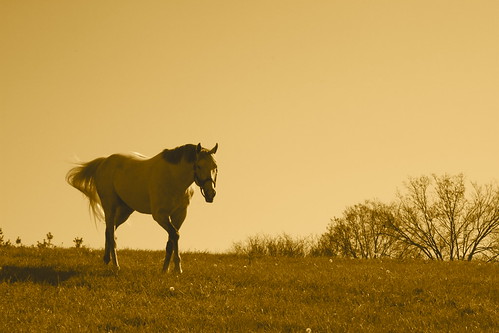 If you’ve not peeked over in the past couple of weeks, you may be surprised at the cosmetic and functional overhaul happening at ArtFire! The back end for sellers is pretty much the same, I suspect quite a few areas of the site are awaiting their own overhaul, and there are (as with all rollouts) kinks to be worked out, but they’re being fixed impressively quickly. The concern for shop owners does please me—our shops 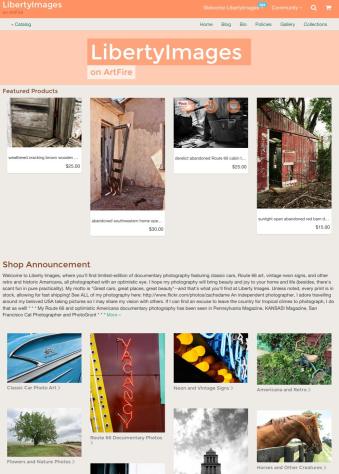 were done soon enough before Christmas shopping begins that everything will be running smoothly for artisans, and the Collections page, for instance, will just have to wait.

I do miss my own branding, as you can imagine, and would happily support some sort of site- or design-savvy-seller-run approval board before people can put up their banners and such—as unprofessional-looking banners affect me, too—but for the amount of work that went into the new look, I think the rollout went well. Some of my photos are sized incorrectly, but that is really more a problem on my end than ArtFire’s and is easily fixed (especially as I’ll be spending the weekend on the sofa watching the Breeders’ Cup, right?). The site really does look quite smooth and clean for buyers and those ever-important smartphone browsers, so take a look around!