Just for fun* today, I thought I’d give you all a peek at a before & after of one of my classic car photos. Of course, what you see above is the “after”—after all, it’s wise to put our best foot forward, dear hearts! It is a little dark because the car—a swoon-inducing 1958 De Soto Firedome—was parked in the shadow of a building near the end of the day.

Glamourous detail, don’t you think? The stylized head of explorer Hernando De Soto rests between the Firedome’s new-for-’58 dual headlights, every millimeter of chrome and sheet metal smoother  and more flawless than a beauty queen’s skin.

END_OF_DOCUMENT_TOKEN_TO_BE_REPLACED

Recently my husband and I took a trip over to Dayton to visit the National Museum of the United States Air Force. Neither of us had been there in many years, and certainly not since the Museum’s expansion. Thus we had no idea what to expect other than an enjoyable day looking at some beautiful aircraft and learning about the history of the USAF—quite good things on any day, really. The Museum can also boast of being the world’s oldest and largest (hey, this is America, kids!) military aviation museum, so we knew there’s be plenty to make the drive worthwhile.

Welcome to the Early Years gallery! We actually went through the Museum a bit backwards. Still had fun, though.

Well! I’m happy and even eager to tell you that our expectations were vastly exceeded: The Museum is wonderfully arranged, full of fantastic ships and tons of history on the easy-to-read-even placards, and it’s a terrific way to spend a day (particularly a very, very cold winter’s day!).

Sliver of the Museum’s O-47B, an observation ship developed in 1934.

Nor are they exaggerating about the size: Three gigantic hangars are filled with ships, and there’s also a missile & space gallery as well as an IMAX theatre, outdoor exhibits (it was too cold & windy for us to enjoy these during this trip) and a memorial park, as well as smaller galleries connecting each hangar. END_OF_DOCUMENT_TOKEN_TO_BE_REPLACED

While recuperating this weekend (happily, I’m feeling much better), I did some fantasy classic-car shopping, because that’s what everybody does, isn’t it? That activity put me in mind of a Stude we saw at a classic car show, one I fell immediately in love with (Detroit gals fall and fall hard for cars sometimes…me, it’s often).

Clean, sporty lines (thanks to the smart styling of Raymond Loewy), a great colour combination reminiscent of a favourite ice cream—but alas, we just were not in the market at the time, however tempted I was! I do seem to recall that it was respectably above the car’s original sticker of $3,253.

Beside a fellow beauty, one more grown up and wearing her own style of elegance well. Truth be told, there’s room for both in my garage. Ahem.

END_OF_DOCUMENT_TOKEN_TO_BE_REPLACED 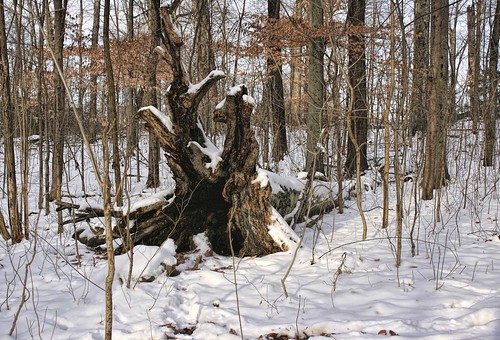 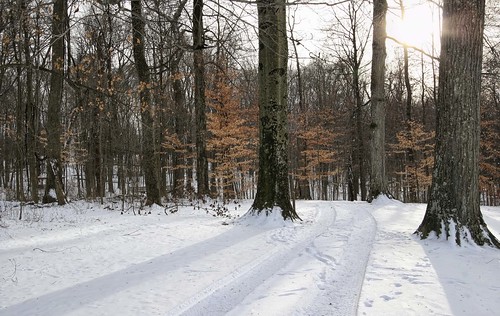 END_OF_DOCUMENT_TOKEN_TO_BE_REPLACED

Searching through my work to find photos appropriate for last Thursday’s post (which was hard enough to write—then to learn I’ve no photographs of hearts or other appropriate items!), all sorts of other semi-forgotten photographs I’ve taken of course came across my radar. These I owe to our GPS, which often takes us into really interesting and utterly unexpected areas, since we unfailingly check off “Avoid Highways” before setting out.

One of our more memorable “Where is this thing taking us?!” such journeys was a return trip from Virginia, one that brought us through the humbling, often heart-stopping glory of the Blue Ridge Mountains.

END_OF_DOCUMENT_TOKEN_TO_BE_REPLACED

For whatever reason, I often find myself wandering around old cemeteries. Part of this is surely the natural beauty abounding in older cemeteries—parklike, with an abundance of trees and often plantings left alone by decades of caretakers, there’s something soothing about them. Of course, they’re graveyards of any sort are a reminder that death is never far from any of us, though having narrowly escaped it four times already, I’m very much aware of the fact that mine could end without warning. It certainly keeps one humble, but also considerate of each day’s fleeting value. Hominem te esse memento! Memento mori!

That aside, of course, again: Older cemeteries are lovely places, and the age of the graves—the distance separating we the living from the dead whose graves we see—gives rise to a real sense of wonderment about the lives represented by each headstone, about the history seen by these people. Not only are they great places to think, they encourage thinking by their very nature—history, death, life, beauty, calm. Modern-day cemeteries tend to be sterile places without even a place to rest—a vast, sterile expanse of markers and death with no beauty or natural shelter to remind us of life, deliciously bittersweet life enjoyed by the dead as well as ourselves—but the older sort have much to recommend themselves.

Though knocked from their moorings, these headstones have been carefully leaned upon a tree at the graveyard’s edge.

Today I’m sharing with you photos from such a cemetery—Binkley-Ridge Cemetery, or just Ridge Cemetery (I’m not quite certain, two names continue popping up). It and its inhabitants rest on a hillock in Perry County here in Central Ohio, surrounded mostly by woods with a scattering of small homes. Of course I take photos in the cemeteries; they’re beautiful, yes, but as anyone who frequents them knows, time is wiping away the information about those inside. These are fellow-travellers, though we’ve never met them; it seems important to me to preserve this information, especially as one never knows who will be thrilled to find information about an ancestor online!

Though no one has been buried here in some decades, it is still well-maintained—and there’s even a mystery monument I hope someone can help me understand.

END_OF_DOCUMENT_TOKEN_TO_BE_REPLACED

“The taste for reading is one of the most precious possessions of life… I should much rather be instrumental in bringing to the working man or woman this taste than mere dollars. It is better than a fortune. When this library is supported by the community, as Pittsburgh is wisely to support her library, all taint of charity is dispelled. Every citizen of Pittsburgh, even the very humblest, now walks into this, his own library, for the poorest laborer contributes his mite indirectly to its support. The man who enters a library is in the best society this world affords; the good and the great welcome him, surround him, and humbly ask to be allowed to become his servants; and if he himself, from his own earnings, contributes to its support, he is more of a man than before.”

Andrew Carnegie at the Presentation of the Carnegie Library to the People of Pittsburgh, November 5, 1895 (via)

A couple of hours from Columbus is the quaint little town of Greenville. We’ve driven through a few times, and decided to stop for the Annie Oakley Festival. While we though the Festival was disappointing (though learning Annie is a native Ohioan was very exciting), driving around town we saw several handsome older buildings, including this one—the Greenville Public Library, built from 1901-03. A fan of classically-inspired architecture, I of course couldn’t resist capturing the stately library with a few photographs.

Though Greenville had enjoyed a small public library since 1889, the people of the city recognized the need for something more substantial—particularly when their citizenry-sponsored and -operated little library kept outgrowing the spaces and buildings designated for its use! As it happened, this need arose at the same time Pittsburgh titan Andrew Carnegie was already deeply

involved in sending donations to towns across the globe—donations meant to fund the building and maintenance of free public libraries.

Andrew Carnegie’s tremendous generosity (having given away $350,695,653 at the time of his death, his will stipulated that am additional $30,000,000 be given away; much of his fortune went to the building of libraries) is responsible for helping build just over 2,500 libraries around the world, libraries distinct at the time due to their “open stack” system—before the Carnegie libraries began to be built, library patrons had to ask a clerk to retrieve from closed stacks the books desired. This, as you can imagine, kept people from browsing at will and, thus, from finding new things. Book-lovers such as myself are probably shrinking in dismay from the idea that one simply went into the library and could only bring home what they were seeking instead of being able to wander amongst the stacks, browsing and bringing home whatever struck our fancy as well as served our needs!

Cleome in the library’s pollinator garden.

The people of Greenville petitioned Mr. Carnegie for a donation; after they agreed to meet his usual requirements for such a gift (demonstrating need, providing a site for the new building, a commitment to provide 10% of the library’s construction costs to support its continuing operation, and of course the agreement to provide free service to all comers), he suggested Greenville be given $15,000.  But being smart types (after all, they wanted a library and had asked Carnegie for help!), the board had already investigated Pittsburgh’s vaunted (and mostly Carnegie-built) library system, and asked Mr. Carnegie for $25,000, pledging $2,500 a year of the town’s funds to support the library. END_OF_DOCUMENT_TOKEN_TO_BE_REPLACED