But on the first day of the week, at early dawn, they went to the tomb, taking the spices they had prepared. And they found the stone rolled away from the tomb, but when they went in they did not find the body of the Lord Jesus. While they were perplexed about this, behold, two men stood by them in dazzling apparel. And as they were frightened and bowed their faces to the ground, the men said to them, “Why do you seek the living among the dead? He is not here, but has risen. Remember how he told you, while he was still in Galilee, that the Son of Man must be delivered into the hands of sinful men and be crucified and on the third day rise.” And they remembered his words, and returning from the tomb they told all these things to the eleven and to all the rest.     Luke 24:1-9, ESV 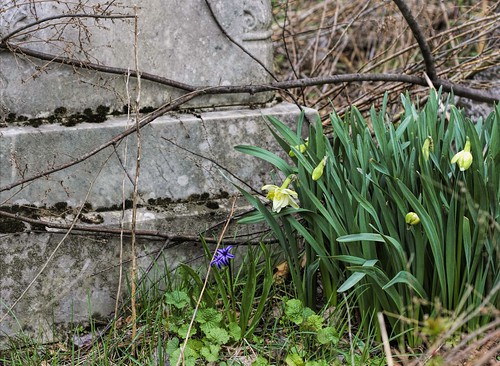 For while we were still weak, at the right time Christ died for the ungodly. For one will scarcely die for a righteous person—though perhaps for a good person one would dare even to die— but God shows his love for us in that while we were still sinners, Christ died for us. Since, therefore, we have now been justified by his blood, much more shall we be saved by him from the wrath of God. For if while we were enemies we were reconciled to God by the death of his Son, much more, now that we are reconciled, shall we be saved by his life. More than that, we also rejoice in God through our Lord Jesus Christ, through whom we have now received reconciliation.     Romans 5:6-11, ESV

What is truly sad about the response of this young woman to the death of Billy Graham is that he probably would have cared more for the state of her eternal soul and her temporal life here on earth far more than those who told her to indulge in her every whim so long as it made her happy or felt ‘authentic’. (Let me tell you, poison ivy is ‘authentic’, too, and it’s no picnic.)

In all honesty, I’m not fully familiar with Graham’s theology, especially as it seemed to change in his later years from its early laser focus on God’s perfect holiness and our desperate need for redemption (which He graciously provides in Christ), but I don’t doubt he’d have been terribly concerned with this unhappy woman’s eternal fate, despite the vitriol she might hurl at him. I encourage you to, as Christ told us to, pray for the lost, that workers be sent to the harvest. It’s very difficult to be angry with or dismissive of such folks when we know the danger they are in, since we were once there ourselves.

For there is no distinction: for all have sinned and fall short of the glory of God, and are justified by his grace as a gift, through the redemption that is in Christ Jesus, whom God put forward as a propitiation by his blood, to be received by faith. This was to show God’s righteousness, because in his divine forbearance he had passed over former sins. It was to show his righteousness at the present time, so that he might be just and the justifier of the one who has faith in Jesus.

And the angel said to them, ‘Do not be afraid, for behold, I bring you good news of a great joy which shall be for all the people.  For today in the city of David there has been born for you a Savior who is Christ the Lord.’  Luke 2:10-11

While taking care of my work the other day, I listened to the excellent sermon I’m about to link to, courtesy of the Grace To You app on my phone*. Taught by John MacArthur, it is part of his “The Promise of Christmas” series and could not be more lovely or appropriate to the season. Believer or no, I encourage you to look it up on the app or just follow the link and listen to (or read) Pastor MacArthur teaching  “God, the Saviour of Men”. (The messages “The Announcement of Jesus’ Birth” are excellent, too.)

The God of the Old Testament was known to His people as a Savior.  Israel knew God as a Savior.  Now that was not the way it was with gods, the gods of men’s making.  There’s only one God, the one true and living God, the eternal God, and He is by nature a Savior, He is a saving God.  To use another word, a synonym, He is a Deliverer.  He delivers people from threatening things.  He is a rescuer, that’s another synonym.

END_OF_DOCUMENT_TOKEN_TO_BE_REPLACED

All too often we awaken to the sort of news that cruelly greeted us this morning. No doubt you, as I, said at least one prayer, if not many more, for those murdered in Las Vegas, for their families and friends. But I would like to ask that we also keep in our prayers the first responders—the police, the EMTs, the doctors and nurses in local hospitals and medical centers.

When the nightclub in Orlando was subject to a heinous terror attack last year, I found myself thinking not only of the lost and their loved ones, but of the unimaginably awful carnage police and medical personnel had to confront as they tried to find any who might still be alive and savable, as they worked to understand what had happened that awful night, and how their souls must have churned when they stepped through the doors of Pulse. These are things that human eyes ought never see, that human minds ought never have to contemplate or try to understand, but here we are, in this utterly broken, fallen world, and increasingly too many of our fellow beings have to see such things (consider the knife attack in Paris this weekend, or the attempted truck attack in Edmonton).

The effect on these men and women—mentally, spiritually, and physically—is surely beyond awful. So please: pray for them, too. In a way they are peripheral victims, and though they deal with human evil just about daily, events like this are certainly on another level—human evil nakedly undeniable, expressed in blood and death and loss and forever-wounded hearts. Thanks.

I listened to this sermon the other day, and thought it was quite excellent. It’s more than worth hearing, and I hope you’re able to listen! 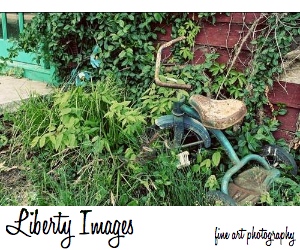