The Adoration of the Shepherds, Gerard van Honthorst [Public domain], 1622. via Wikimedia Commons

Yes, today is Christmas Eve, but we all know many people are already zipping from one Christmas gathering to another. Let us begin the joyful moments early! (Besides, I have people to cook for.)

And in the same region there were shepherds out in the field, keeping watch over their flock by night. And an angel of the Lord appeared to them, and the glory of the Lord shone around them, and they were filled with great fear. And the angel said to them, “Fear not, for behold, I bring you good news of great joy that will be for all the people. For unto you is born this day in the city of David a Savior, who is Christ the Lord. And this will be a sign for you: you will find a baby wrapped in swaddling cloths and lying in a manger.” And suddenly there was with the angel a multitude of the heavenly host praising God and saying,

“Glory to God in the highest,
and on earth peace among those with whom he is pleased!”

When the angels went away from them into heaven, the shepherds said to one another, “Let us go over to Bethlehem and see this thing that has happened, which the Lord has made known to us.” And they went with haste and found Mary and Joseph, and the baby lying in a manger. And when they saw it, they made known the saying that had been told them concerning this child. And all who heard it wondered at what the shepherds told them. But Mary treasured up all these things, pondering them in her heart. And the shepherds returned, glorifying and praising God for all they had heard and seen, as it had been told them.

First of all, I have created a little gift-ette for you—a playlist of some of my favourite Christmas songs.

I hope you enjoy them!

And of course, everyone seems to love seeing Ben for Christmas… 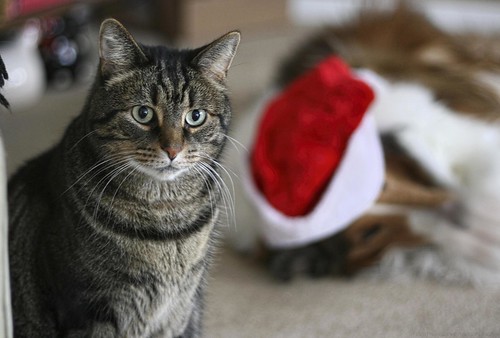 Well, we need to get by his “secretary” first! Buckley doesn’t seem to keen on letting us disturb his buddy, but… 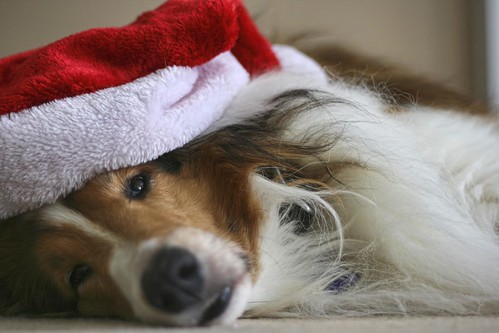 Poor Ben. The festivities have not even begun, yet he’s already tired! 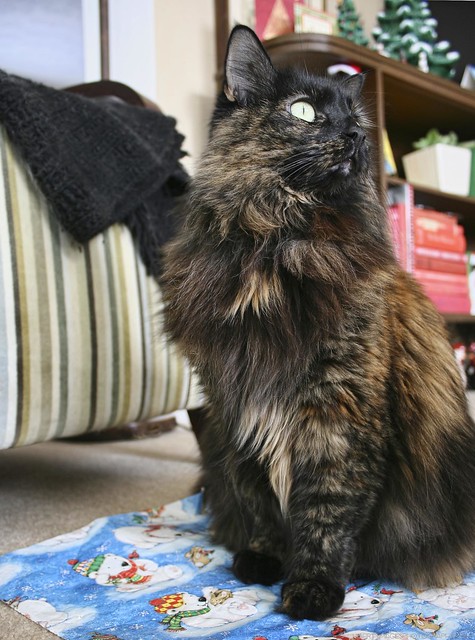 Lu has been very helpful when it comes to wrapping gifts.

Now, as always, I tried to get all three pets together for a Christmas photo. This has a tendency to fail, and it failed again this year, but two in the living room are worth three in the frame. Since Lucy deigned this beneath her, I decided to have Ben’s Lamb Chop toy stand in for Her Fluffiness. 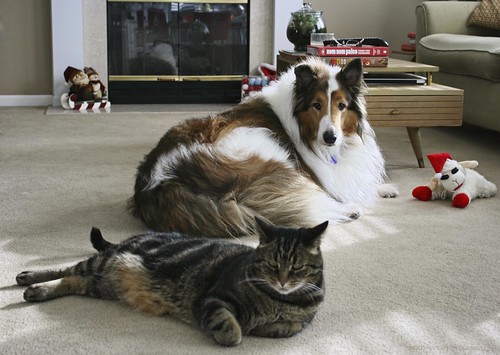 You can barely see the difference, I know. 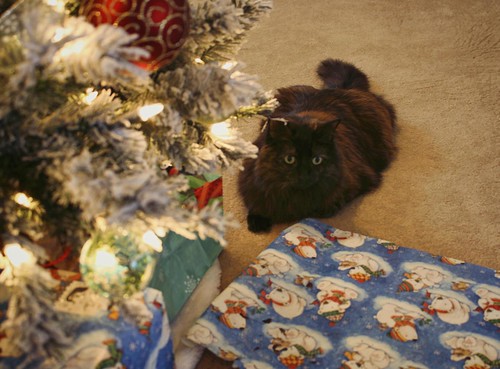 Yes, she plays with the paper until it’s where she wants it. 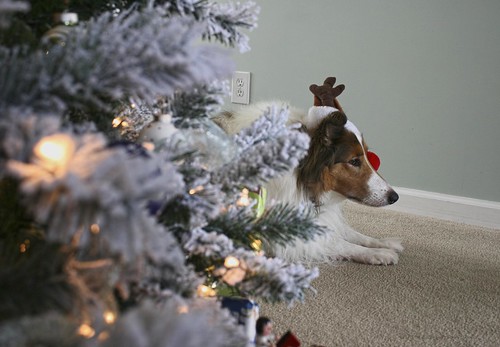 He’s spoiled rotten every day, but put a holiday hat on him and ask him to sit by the Christmas tree and this is the response! Collies—they’re so melodramatic. 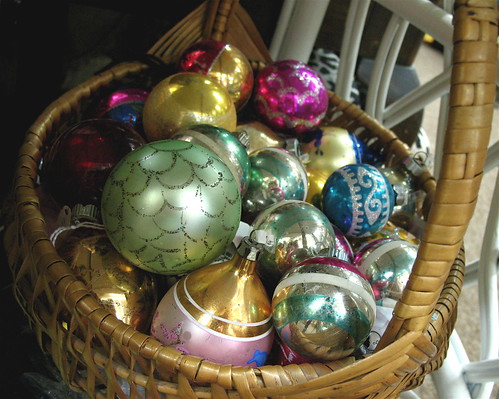 That’s all, friends. I wish you and yours the merriest and most peaceful of Christmases (a seemingly tall order in this time of increasingly frightening unrest—which may or may not come as a surprise to my international readers). Thank  you for popping in to read my infrequent posts, and I do hope you enjoy my work. God bless you, and I’ll see you next year! 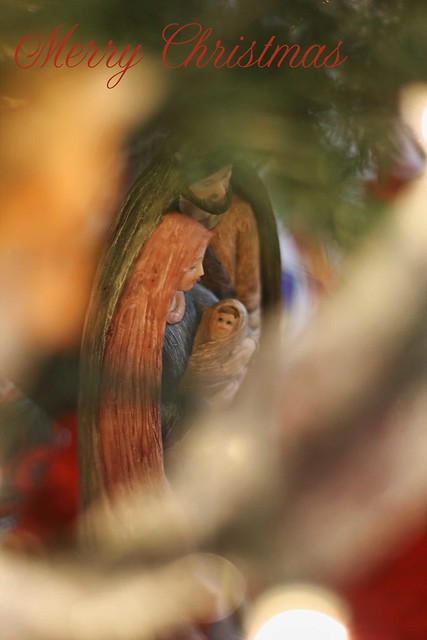