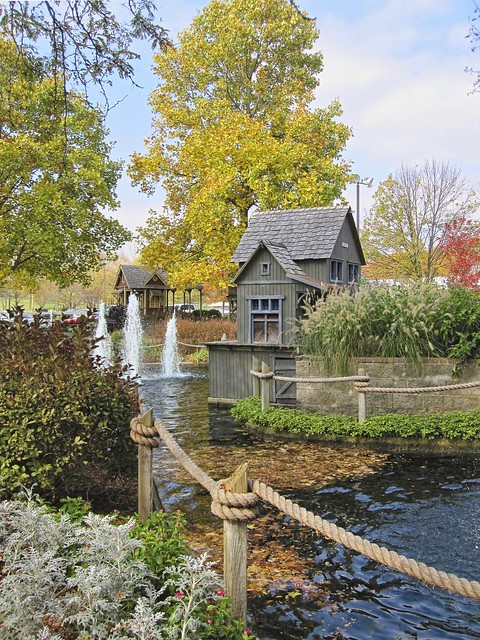 While running errands, my husband and I decided to take a spin around the Westerville Golf Center’s mini-golf (putt-putt) course prior to their closing up for the season. I’ve enjoyed putt-putt since I was little—Dad was always taking me—and of course, many a date has been spent at one mini-golf place or another (it really is the perfect date—putt-putt and a milkshake—don’t you think?).

This course has apparently and repeatedly been voted Central Ohio’s best, and we were not disappointed in the least; we had a great time, and the course was challenging and fun. I had my little purse camera along with me and being an abnormal weirdo, could not resist taking a few photos while we played. 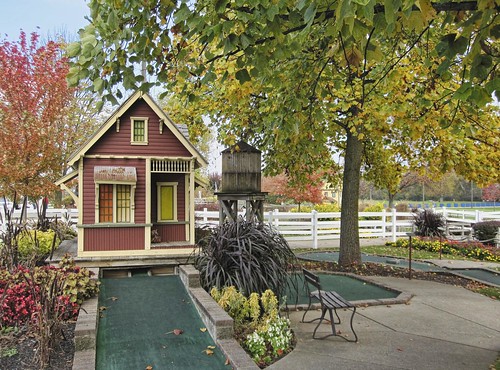 Isn’t this small-scale train station cute as can be?

We chose to play the “difficult” course, and there were indeed a couple of tough holes. Hole Five, though it looks simple, nearly proved to be the end of both of us (and it was, coincidentally *ahem* here that we decided to stop keeping score).

Happily, the mini-golf course is ridiculously beautifully landscaped and waterscaped, particularly considering it’s full-blown fall around here. The gardens and streams are truly pretty, more than enough so to balm any mini-golf-inflicted wounds. How they’ve missed local landscaping and gardening awards is beyond me. Regardless, the abundant-for-a-golf-course beauty really did make it seem as if we were enjoying a little getaway, right up the street from the supermarket. 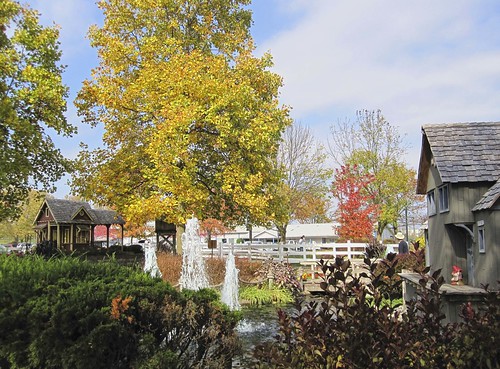 The theme seems to be “gnome village”, but as you can see, it’s hardly cheesy or tacky. A darling miniature train station anchors one end of the course. 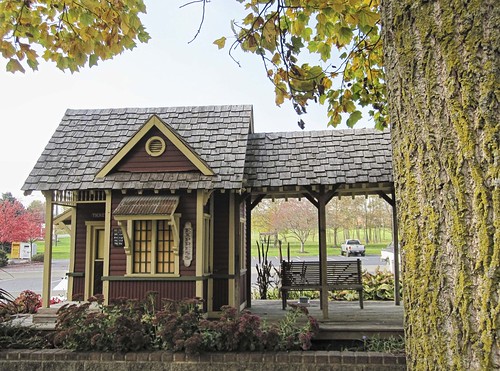 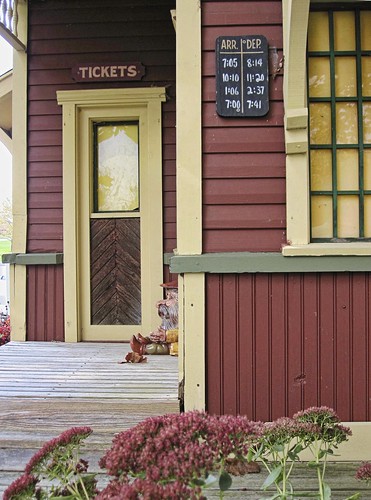 I hope he doesn’t miss his train!

It was there I “accomplished” the following. 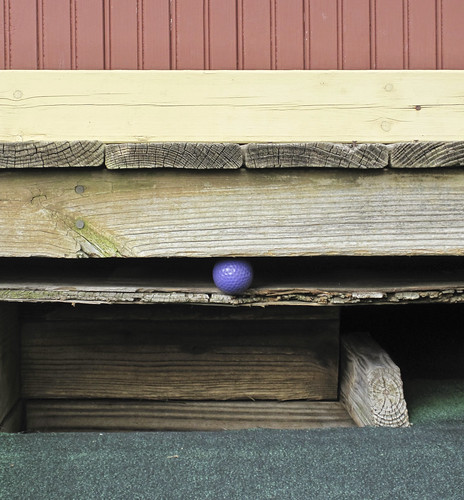 This was entirely accidental, though I’d asked my husband just prior to taking my shot whether or not he thought anyone had lost their ball in the “foundation”. Ha, ha. Mine apparently decided to show me that could, indeed, be done! 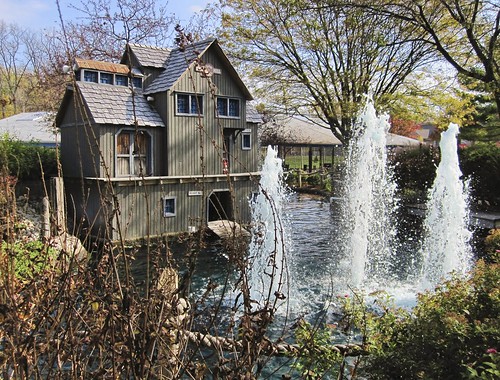 That, however, was not the only thrilling moment during our game. In an accidentally too-strong shot that ended up gaining the attention of everyone on the course, I overshot one hole, very narrowly missing a hole-in-one on the next hole, which happened to be around the corner (don’t ask). That near miss seemed to gain me quite a bit of respect. Or something. But I also managed a hole-in-one on the very last hole—which earned me a free game next season! 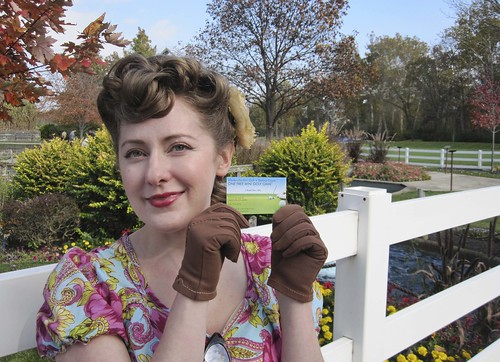 Victory! Even if we had stopped keeping score.

Not bad for an afternoon’s fun. Do you enjoy mini-golfing? 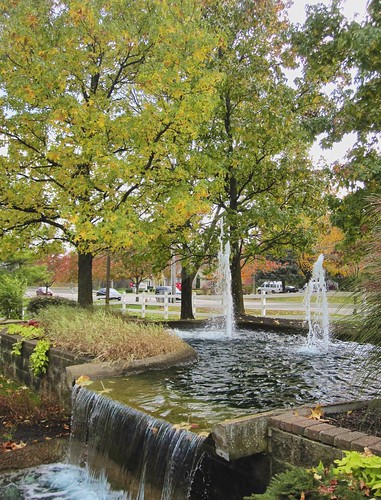 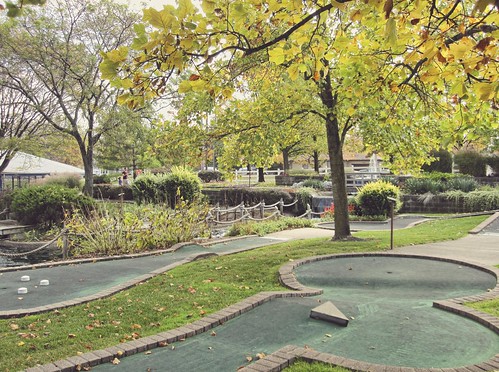