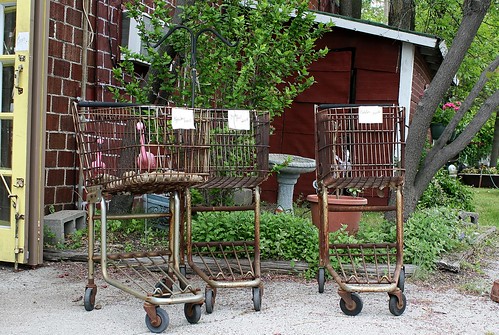 Just some random thoughts today. And those shopping carts indicate it’s a smorgasbord!

Just in time for Saturday’s (that’s tomorrow!) fee-free day at America’s National Parks. As our fine-weather weekends (at least in most of the country) are swiftly coming to an end, find a local National Park to visit and head on out! Not to be outdone by the great outdoors, the Smithsonian has designated tomorrow as Museum Day Live, meaning you can get free admission for two at participating museums from sea to shining sea—just in case you’re rained or snowed out of your favourite park. 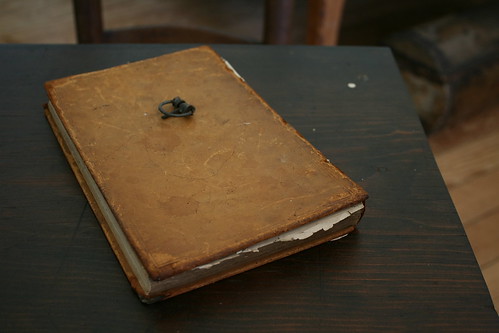 Two: On Kindles and Reading

A while back I finally succumbed to the modern age and downloaded the Kindle app for my phone and laptop. A book-lover since birth, the idea of reading on a computer screen (which dries out one’s eyes anyhow) was at first completely unappealing, but the prospect of having a small library in my purse when stuck in traffic or waiting for a late physician was, in the end, too much to resist. Though I often have a real, paper book with me anyhow, on the occasions I have not and have found myself cooling my heels (for instance, the perpetually over-long lines at the fabric store) the Kindle app has come in handy!

That said, I made the mistake of downloading some heavy reading—physics, philosophy, that sort of thing—onto my Kindle and reading them there. I say ‘mistake’ because while I enjoyed the books, my mind did not seem as adept at recalling the information garnered from them as I’d like! Well, as it turns out, I’m correct:

A new study which found that readers using a Kindle were “significantly” worse than paperback readers at recalling when events occurred in a mystery story is part of major new Europe-wide research looking at the impact of digitisation on the reading experience.

Here I am with my lovely phone! Do pardon the lack of lipstick.

…”When you read on paper you can sense with your fingers a pile of pages on the left growing, and shrinking on the right,” said Mangen. “You have the tactile sense of progress, in addition to the visual … [The differences for Kindle readers] might have something to do with the fact that the fixity of a text on paper, and this very gradual unfolding of paper as you progress through a story, is some kind of sensory offload, supporting the visual sense of progress when you’re reading. Perhaps this somehow aids the reader, providing more fixity and solidity to the reader’s sense of unfolding and progress of the text, and hence the story.”

Granted, the study used just fifty people we know nothing else about, but similar studies seem to indicate the same trouble with increasingly popular e-readers. It’s interesting, and I’ll confess it made me feel a bit better. I’m one of those readers who is always scribbling notes to herself in a book’s margins and underlining passages, too; Kindle allows highlight and note-making, but I find jotting down notes with my pencil to be so much more…I don’t know, organic than having to tap out my thoughts on the pathetic phone keyboard-ette. It also is much easier to find something I wish to return to in a book with a real paper book than on the Kindle, to say nothing of looking at an author’s references and footnotes, graphs, maps, and so forth. In fact, Kindle makes doing the latter sort of thing pretty much impossible.

I won’t be chucking my Kindle app or the books within, but think that I may simply read fiction on it (many classics can be gotten for free) instead of the heavier things I’ve tried reading on it. When it comes to serious reading, I’ve come to think the real thing is best.

The discussion at The Guardian is unsurprisingly snarky and often rather puerile, but there’s a good one in the comments here. 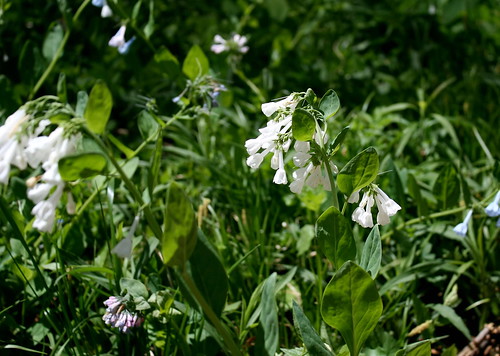 Though the article is older, it only recently came across my radar—an article about photographer Jon Crispin’s project of photographing the suitcases and belongings of those committed to the Willard Asylum for the Chronic Insane in New York.

From the 1910s through the 1960s, many patients at the Willard Asylum for the Chronic Insane left suitcases behind when they passed away, with nobody to claim them. Upon the center’s closure in 1995, employees found hundreds of these time capsules stored in a locked attic. Working with the New York State Museum, former Willard staffers were able to preserve the hidden cache of luggage as part of the museum’s permanent collection.

…Crispin’s photographs restore a bit of dignity to the individuals who spent their lives within Willard’s walls. Curiously, the identities of these patients are still concealed by the state of New York, denied even to living relatives.

As you might expect, it’s a fascinating read, and the photographs are wholly engrossing—really drawing one in, to consider the person whose life the things photographed represents. The images are thoughtfully, sensitively captured, even when some of the belongings are amusing (what would you pack?). Again, the patients’ names are kept secret, though Mr. Crispin’s experience shows this is sometimes perceived differently than we might anticipate:

I’m still trying to figure out how I can name these people, because I think it dehumanizes them even more not to. People who’ve been in mental institutions themselves have said, “Your project is very moving to me, but I’m very disappointed that you have to obscure names.”

The photos remind us that these were all individuals, however disturbed (not that, I think, anyone considered them anything else, even those who were dangerous). Mr. Crispin has a website completely dedicated to these images, which are rather incredible.