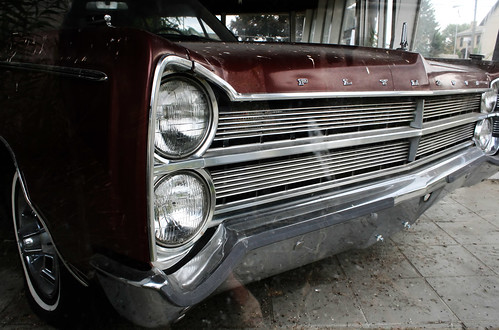 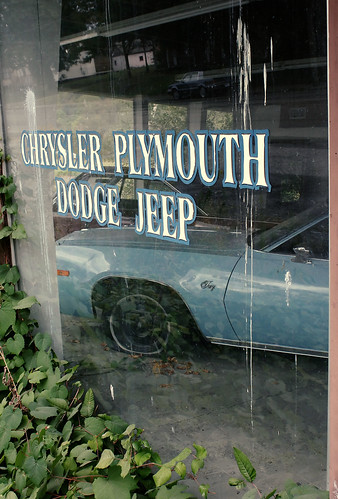 My post about signs in doors on Monday tempted me to post photos I took of an abandoned car dealership (as “Five Star” is from that series), and though they’re autumn photos, since I may have whetted your whistle it seemed kinder to simply go for it today.

They’re older photos (as often happens here), but I am proud of my work, and let’s be honest: an abandoned car dealership with cars still inside? It’s the stuff (some) dreams are made of. To be honest, looking at the photos, it’s kind of hard to believe I took them nearly four years ago next month (and we will not discuss September’s approach—don’t you dare!)

I first read about the East Liverpool, Ohio Chrysler-Dodge-Plymouth-Jeep dealer in Jalopnik. It was not at all far away from where we lived in West Virginia at the time, so off Hubby and I went to check it out; trust me, no vintage car buff could resist that kind of lure…least of all yours truly. 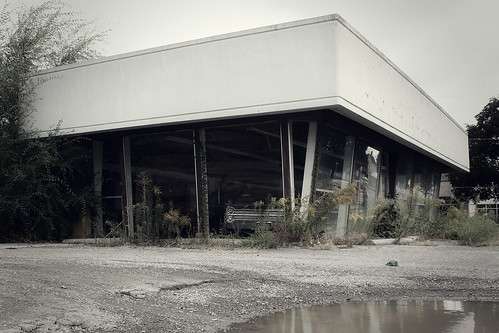 Of course, we did not go inside, but I managed to get a few nice photos of the place. As so often happens in Ohio River Valley, it was a chilly, overcast day, but that seems almost fitting when one is looking at dust-covered muscle cars. Though there’s no photograph of it, the long, concrete-block-and-a-couple-of-doors place behind the main dealer building is also full of abandoned cars—35-40 of them! 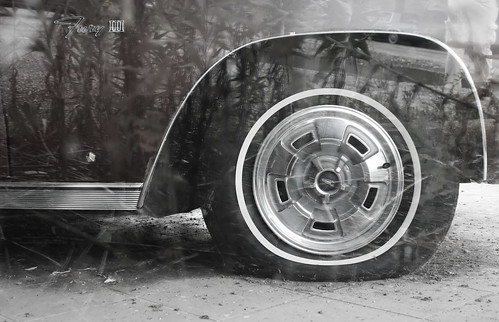 The dealership’s owner, Basil Mangano, closed his many East Liverpool businesses in 1998, parking a ’67 and ’72 Fury inside this small dealership. When the Jalopnik article was written in 2010, he was ready to sell his collection off; a saddening comment from January of this year from a woman stating Mr. Mangano was her great-uncle states he passed away shortly before her comment. 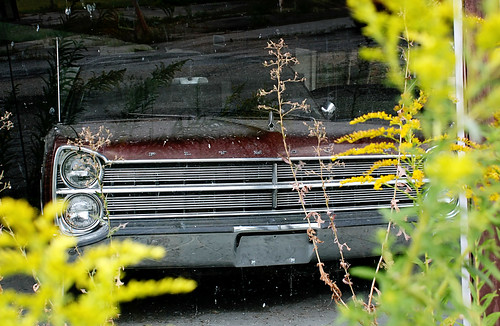 “Peering In, Peering Out”

Despite some looking around, I could not learn anything else about the dealership’s owner or what has become of the cars; there’s a fair chance they are locked up in the estate. East Liverpool is quite a distance from us now, so I’m not sure when I’ll be able to get back.

A look at Google Maps also shows a September, 2010 photo of the place, so I can’t tell you what has happened to it or the vehicles (the same goes for Bing). There are 2013 photographs of the old Five Star to peek at, though. The red Fury is gone, the blue one has moved, and there’s a gold monster beside the ’72 in the showroom now. If anyone does know what is happening, I’d be thankful for your offering an update. 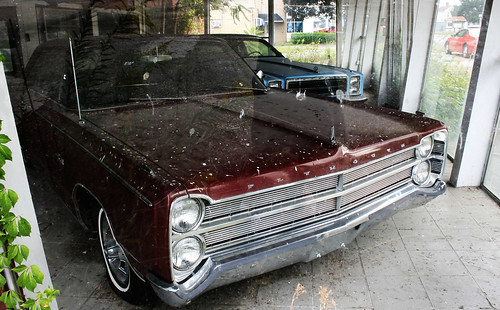 As for me, there’s a garage sale in my future this weekend. Don’t forget to take a look at my preview & recommendations for TCM’s Summer Under The Stars, which is going on right now!