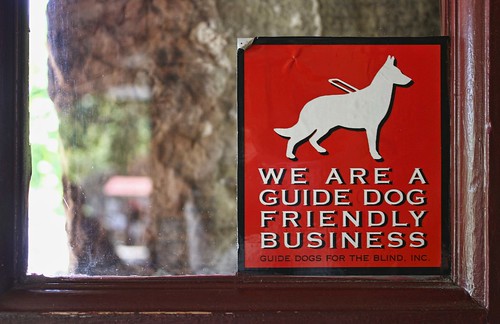 You probably remember my post about the Velvet Ice Cream Festival in Utica. While standing in line waiting for some of Velvet’s delicious ice cream, I, of course, was ceaselessly looking for things to photograph. One of them was this guide-dog-friendly sign. 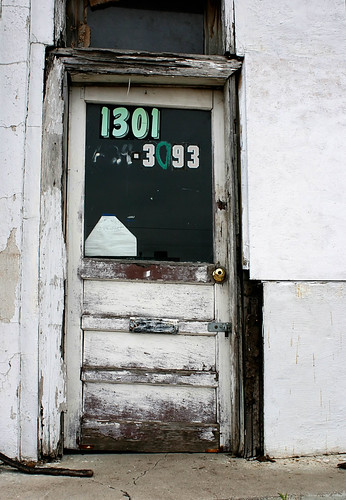 “Three Is My Lucky Number” 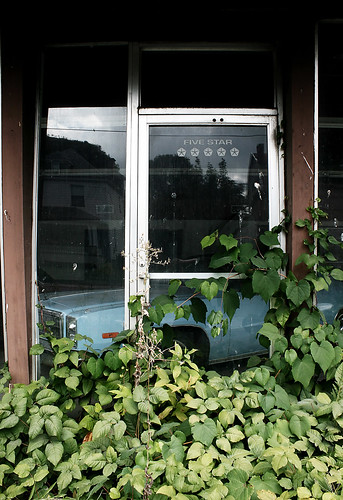 Now, first of all, I thought it was nice of Velvet to allow the blind their guide dogs (though the question of how a blind person would see this did occur to me—perhaps this is meant more to remind customers that actual service dogs are a real thing than to reassure the blind in need of such an animal—I’m not trying to be flippant, either).

But it is also an attractive, neat sign, set into the corner of the door’s window in front of the mill’s thick stone wall visible through the glass, and everything is just worn enough. Plus the colours are nice, I think, and the visible grain running up the right side of the frame adds needed texture there.

This is hardly my best ‘just looking around for something to shoot’ photograph, but I am happy with it—and I’d rather be considering and composing shots than just standing around, doing nothing.

I have to be honest, I’ve not been able to get out nearly as much as I’d like to do some shooting because we’re doing things around the house as we are looking to put it on the market next spring, God willing. (The creek is far enough away that we’re not too concerned about its rising.) Of course, like (I suspect) the majority of photographers, I’ve many hundred photographs on the hard drive to keep me MORE than busy, including about 300 from the Goodguys Nationals a couple of weeks ago (that will be reduced significantly by the time I finish going through the last culling). 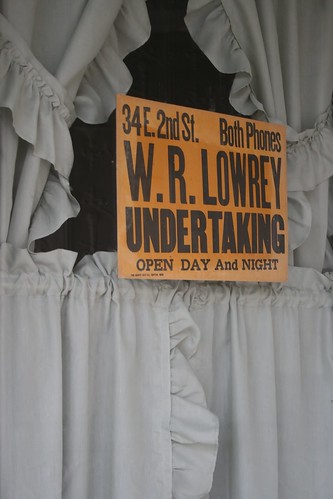 As the other photos in this post show, doors are and have always been great places for one to advertise! 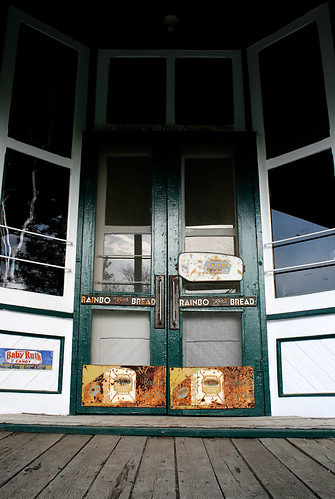