As it is only a cold which has latched onto me, of course “being better soon” was my expectation. Unfortunately, I could not have been more wrong, and was remiss in not suggesting you buy stock in Kleenex last Friday, because I probably account for roughly 8% of their sales right now. Whoops!

Since I have been unable to prepare anything whatsoever (other than many gallons of hot tea), I thought I’d share with you some more interesting thoughts from Jacques Barzun’s From Dawn to Decadence: 500 Years of Western Cultural Life 1500 to the Present

, something I did (with a complete lack of brevity) a few months ago. There’s a lot of food for thought in the book no matter your bend, be it art, philosophy, theology, mathematics, or science—particularly as these things are so often intertwined with or affecting each other.

You may recall, from my earlier post, Barzun writing that

The Renaissance treatises declare that apart from his moral mission, the artist’s duty (and thereby his intention) is to imitate nature.

He talks about the shift in perception of the remains of ancient Rome—from “pitiable remnants of paganism” to “majestic creations to be studied and copied”, and how this was done by various architects of the Renaissance. Painting, too, had to change to something more realistic and natural-looking; this seems to have been exemplified by the Florentine Cimabue’s painting of the Virgin Mary (apparently the one in Siena, not Florence).

Now, this was seen as superior to mosaics, but I’ve seen many of the latter, too, and yes, they’re bits of things arranged together to represent humans, history, animals, and other things—not all of them are very natural looking, but some are impressive indeed. Clearly my education is lacking here (though there’s certainly nothing wrong with Cimabue’s work!)—or perhaps it is just hundreds of years of hindsight hindering me, or even the thought that to create a representative mosaic is an impressive skill indeed. It may simply be that mosaics slipped out of fashion in favour of paintings, which can admittedly be much warmer and softer. Cimabue’s work also hints at the possibilities waiting in the art, whereas mosaic—well, there’s always room for innovation in any form, but it had been around for centuries by the time of the Renaissance. Humans being fickle creatures, were we just perhaps bored of one and passionately enamoured of the new?

One of Cimabue’s protégé went on to attempt capturing the human form on human canvas as closely as possible, and

Nature entered in a further way through a Petrarchan interest in rocks and trees as settings: Giotto’s St. Francis receives the stigmata not against a neutral background but in the countryside.

We’ve all been to art museums and observed this shift in religious art—from static backgrounds and rough-hewn and, as Barzun suggests, rigid human beings to something more approachable and lovely, something that exhibits human grace—something more recognizable to the human eye well before photography was probably even an idea!

All of that to get to what intrigues me most:

This new style is sometimes described as “realistic”. This adjective and its opposite have become not only critical terms in the several arts, but also the commonest retort in the arguments of daily life: “That’s unrealistic.”—”Be realistic!” In all uses it is a regrettable pair of words. It begs the difficult question, what is the reality? Artists and ordinary people alike spend much of their time trying to find out—what do I perceive? what are the facts? If Renaissance painting gives us “the real world at last,” why does it look so blindingly different in Michelangelo and Raphael? And it goes on diverging: is nature—is reality—in Rubens or in Rembrandt? Reynolds or Blake? Copley or Allston? Manet or Monet?

The Holy Family with a Palm Tree, 1506, Raphael [Public domain], via Wikimedia Commons On display at the Scottish National Gallery

No doubt anyone with an interest in any sort of art, to say nothing of those attempting to create it, can identify with and understand the wrestling we all do with these very questions. Obviously, as a photographer, I and my fellows must consider not only what we wish to show our viewer, but how “real” it ought to be—how far can we go in presenting things as we see it and still call it “realistic”?

What is “realistic” in art and other representative forms? What, even, is our definition of the word? Put four or five people into a room and tell them to answer the question—you might be lucky to avoid minor bloodshed. …all of these artists present features of the world that are recognizable, in addition to the common features of the art of painting itself. But the total effects differ; they correspond to the different visions of reality that dwell in the minds of different individuals, whether painters or not. Reflecting on the evidence, one would venture the generality that reality is to be seen in all of them and in others too. All styles of art are “realistic.” They point to varied aspects and conceivings of experience, all of which possess reality, or they would not command the artist’s interest in the first place and would not spark any response in the beholder. The variety of the Real confirms the importance of “taking” as a factor in life. Realism (with its implication of Truth) is one of the great western words, like Reason and Nature, that defy stable definition. Here it is enough to question the term, and if one is needed to mark the difference between works that “resemble” rather than “symbolize”, the word naturalistic is the less misleading of the two—perhaps.

All kinds of things to consider in that paragraph as well (and you know my DayQuil-woozy self is just skimming the surface here, particularly as I first read this a few months ago). He makes a very valid point, no matter how vehemently one may disagree with “All styles of art are “realistic”.”

Every one of us perceives and even sees things differently. This is quite evident by looking at various photographers’ photos of the exact same place or item. The initial, first-created photos may be rather similar, but in my experience, that’s because our camera is a sort of “third eye” through which we see; thus for myself and a few other photographers that I know of, our very first images of something are basic “get to know it” images. It just seems to be part of the process (and that’s why you’ll almost never see one of these unless, say, a unicorn gallops before the lens or Elvis walks out of the front door). 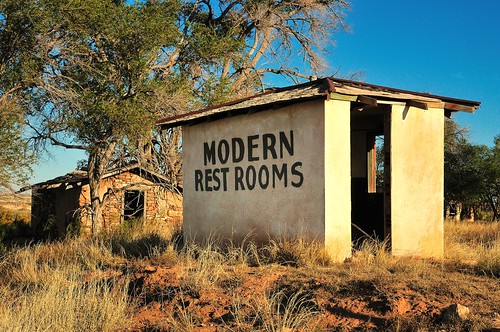 Where the different visions of reality come in is as a photographer or painter or sculptor continues exploring their subject—this is when we are truly able to see what they do, see what they want us to see, and even between artists who may be similar in background and interests, the images are bound to be different, sometimes very much so. That difference in perception resulting in a different presentation is what makes art in general so interesting to all of us, no matter our career, isn’t it? 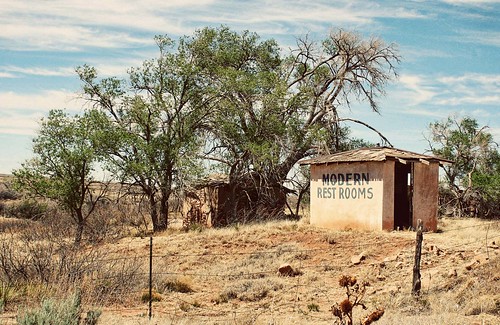 “Scene from Shakespeare’s “The Taming of the Shrew” (Katharina and Petruchio)” by Washington Allston, American, 1779 – 1843 (1779 – 1843) (American) (Artist/Maker, Details of artist on Google Art Project) [Public domain or Public domain], via Wikimedia Commons

When I, as a photographer, am simply trying to show you something, share it with you, myself—I—come through that photograph even when that’s not necessarily my intent (and as a documentarian, for the most part that is not my intent, but it is bound to happen regardless). It is quite possibly the same for artists, be they painters, sculptors, or architects (and so many of today’s architects seem to be…unhappy, if you ask me…). Our very influence on that which we create, however subtle, is still there. That’s just part of the game, I suppose.

I like Barzun’s term, “naturalistic”—though as he hints, even that is up for debate (hyper-Photoshopped models, anyone—or the beauty industry’s long-standing practice of using teenagers to advertise wrinkle creams and age-concealing makeup?). This is, of course, where each artist and creator of representational works has to sit down before their work and really consider where the line is; how far they can go in presenting their vision and still show the subject as genuine and, well, real. Even there, I think the line varies, because some of us wish to show how perfect (to our mind) some things can be, while others wish to ensure we see every last molecule of decay and decrepitness marring something otherwise sublime. These are things we ought to consider—what it is we’re trying to do, and why.

Whatever may be the right word, the Renaissance artists believed that they had found the only true goal in art, and this is for a “scientific” reason…But reason or no reason, the artists who count, in any school at any time, know that they are aiming at the right goal; it is the normal and necessary conviction for good work.

As for the terms nature and imitation, one must ask, how much do time and place, which is to say the surrounding culture, come between the object and its representation? To some extent, but not entirely. Artists tend to imitate other artists; a style or mood once adopted for its technical interest, or emotional value, or because it is in demand, becomes “nature” for both artist and viewer. The Venetian painter shows “Sacred and Profane Love” glowing in primary colours, even though the climate he works in is not invariably sunnier than that of Rome or Florence. In the north, the Flemings created an altogether different feeling about nature by showing in muted tones but fine detail quiet interiors, civic scenes, and tall ships. In between, the Germans retained a dark “Gothic” line and spirit in their recording of persons and places.