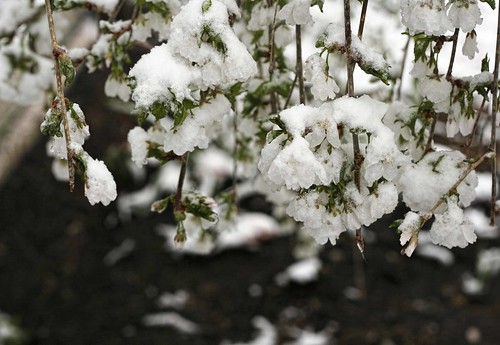 Sunday, we were treated to sunny skies and tropical eighty-degree breezes. But my first  peek out of the window Monday morning shocked any drowsiness right out of me—for once, the weathermen had under-forecast (but you’ll note they therefore still managed to get it wrong)! 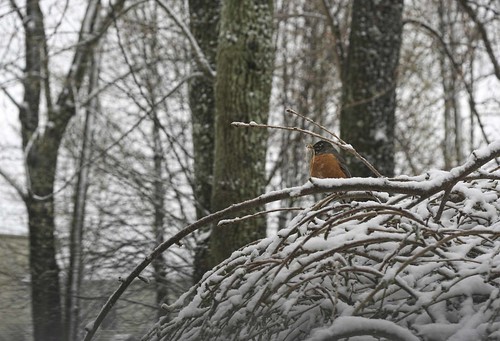 From the sky fell something we’ve all grown weary with, and something that should not be seen so late in April; the ground, too, was white with it and everyone’s spring bulbs had bowed toward the damp earth, weighed down with snow. 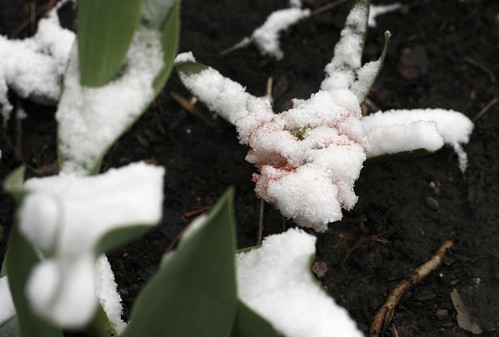 Of course, despite being mildly exasperated with winter and the complete lack of sunshine aside, yours truly could not resist throwing on her winter coat (in April?) and winter boots (in APRIL?!) to head outside and catch a bit of the odd scenery. 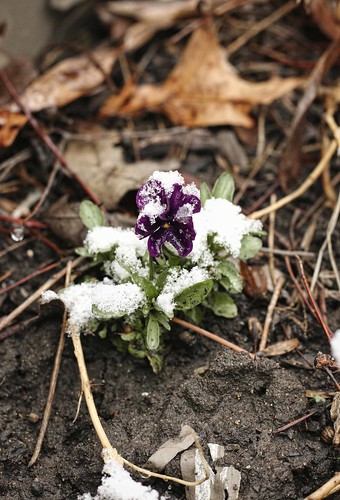 These were blooming back in late February beneath last autumn’s leaves! Ben kicked the leaves up one day, and finding the happy purple blooms was a very pleasant surprise. They’re still blooming, though definitely a little worse for wear after the snow.

Ben, of course, was completely happy with the situation. Poor fella, this is—statistically speaking, anyhow—the last chance he will have to bury his nose in the snow until November or December. Not taking him out into the snow would have left me feeling rather cruel, too. 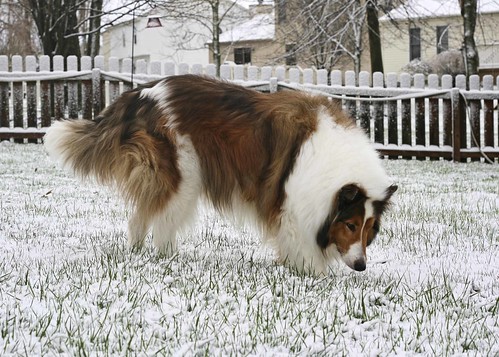 One thing I found even more unusual than a healthy covering of snow in mid-April were the little “crowns” of ice I found on my tulip buds: 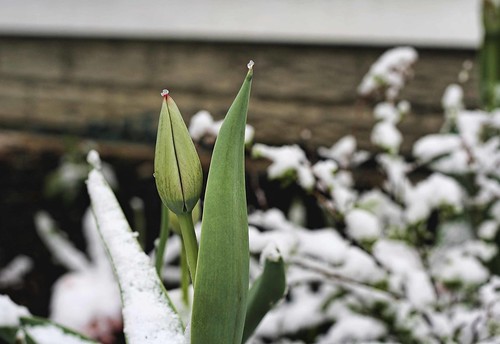 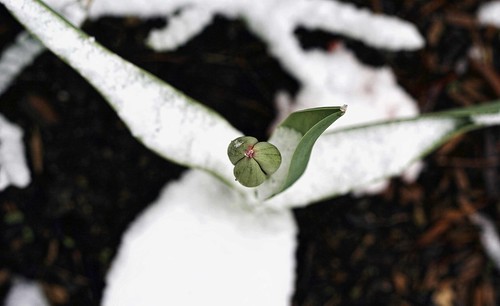 Isn’t that intriguing? I’d love to know what caused the phenomenon! At the same time, I’m glad my tulips have not yet bloomed; I don’t think my heavenly-smelling hyacinths will recover this year, meaning their scent is done for the season, and don’t think the tulips would have fared much better! 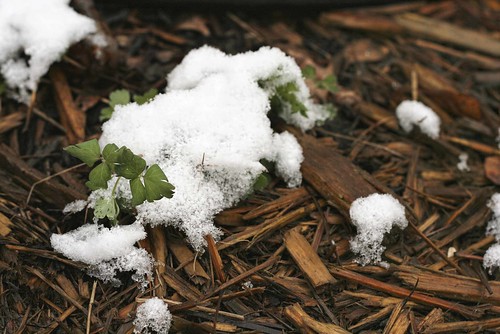 Happily, the snow has not stopped several of my perennials from making their return; the columbines are creeping out of the earth, as seen in the photo above, and my iberis (candytuft) are all in bud as well. Some of my deciduous shrubs are laced in tiny green leaves as well; actual, snow-free spring cannot be too far off, thank goodness!

Though I’m sure you’re all as over the snow as I happen to be, I hope you enjoyed our tour nonetheless. Besides, in addition to the determined flowers blooming despite the unseasonable weather, we had one other harbinger of spring—a rather well-filled out robin sat atop the umbrella tree just outside the window, his beak full of nesting material. 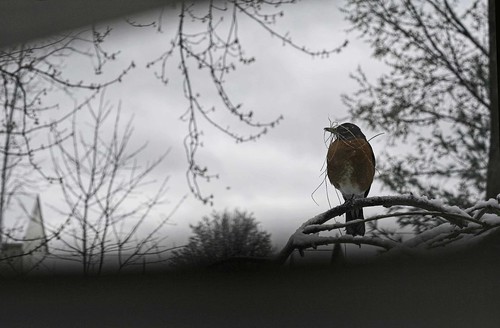 Spotted this busy fella taking a break. It was sleet-snowing, so I shot him through the window, thus the shadow from the blinds.

Hang in there, friends, if we’re not in the home stretch we are quite close!